I am in an exhibition in NYC!

This news comes a bit late but there is still time to catch my work been displayed in an exhibition in New York City! It opened on July 25th but I was hiking in Maine at that time. It runs through September 10th- go if you can!

Here is the invite- http://artistswanted.tumblr.com/post/54034821255/the-story-of-the-creative-update-the-story-of

So, my first attempt at a Windows Phones app (a worldwide  contest) wasn’t too bad- considering none of my apps for any other OS have been published yet- I was one of the 50 finalists from all over the world!! It’s great to be nominated eh? Haha…Well, I have big plans for the app I designed and hopefully it will soon see the light of day.Fingers crossed! Check the winners here: http://apptothefuture.core77.com/ 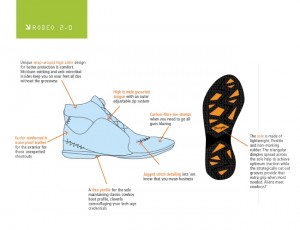 The contender: Rodeo 2.0, a shoe created for an online contest becomes one of the 5 favorite picks. Not bad for a graphic designer, eh? See here